Alan K. Goldstein has more than 35 years of experience as a trial, appellate and transactional lawyer in a broad variety of maritime, agribusiness and other commercial matters throughout the United States. 2020 afforded him the opportunity to return to the San Francisco Bay Area to service West Coast clients while maintaining an inland river practice for clients in the Midwest and the South, many of whom have retained him for decades.

An ALM Top Rated Litigator, Alan is listed in Best Lawyers (2001-present), in Super Lawyers (2005-present) and as AV Preeminent by Martindale Hubbell, the highest possible rating for legal ability and ethical standards.

Alan has testified as an expert witness in federal litigation concerning the meaning and interpretation of bills of lading and other shipping documents. He is frequently called upon to address the legal aspects of doing business in U.S. ports and with port districts. He served multiple terms as a Senior Editorial Board Member of the CGL Reporter for the American Bar Association.

Clients seek his assistance not only as a litigator but also as a counselor and transactional lawyer given his breadth of experience and knowledge. Alan’s skill as a litigator enhances his capabilities as a counselor and transactional lawyer because he understands why commercial relationships sometimes lead to disputes, how careful drafting can avoid potential confusion and misunderstandings, and what steps need to be taken in contract negotiations and documentation to minimize legal risk. His related background as an insurance coverage lawyer lends an important additional perspective because insurance is central to managing risk in both transactions and dispute resolution.

Alan was appointed to the Lower Mississippi River Water Safety Advisory Committee, which advises the Department of Homeland Security and the Coast Guard on issues of navigation safety, by both the Bush and Obama administrations. 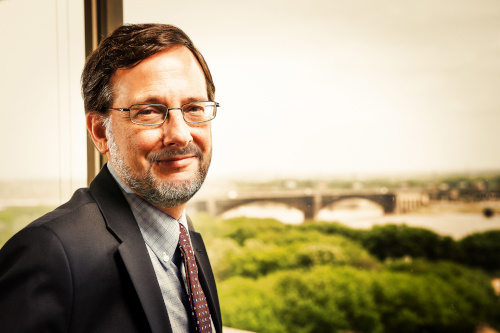